How To Diagnose Rheumatoid Arthritis: Symptoms And Treatment Outcomes

Rheumatoid Arthritis is a chronic disease of the immune system. It is an autoimmune disease where your body’s immune cells attack the lining of the joints, known as synovium. The causes for this condition are attributed to genetic factors and environmental triggers.

An inflammatory process characterises Rheumatoid Arthritis in the synovium throughout your body. Your immune system is designed to fight bacteria and other foreign invaders that may cause harm to your body. In Rheumatoid Arthritis, the immune system mistakes the cells of the synovium as a foreign invader and begins attacking this lining of the joints.

The synovium produces a fluid that helps the joint move smoothly. But as the cells of the immune system attack it, there is inflammation in these cells, leading to the eventual destruction of the cartilage and bone elements of the joint.

As a result, one can experience pain, stiffness, and weakness, among other symptoms. The duration of these symptoms varies from one person to another. For some, the symptoms may be aggressive and progress rapidly. For others, it may take several years. There might also be instances where patients experience a period of time with symptoms (flare) and some with no symptoms (regression).

What are the symptoms of Rheumatoid Arthritis?

The intensity of symptoms experienced varies over the different stages of Rheumatoid Arthritis. In the early stages, the symptoms include,

How is Rheumatoid Arthritis diagnosed?

The doctor or physician checks the joints for swelling or tenderness. The range of motion is also checked across different joints.

During the physical examination, you may be asked about symptoms and your medical and family history for any genetic influences and instances of Rheumatoid Arthritis in relatives.

Post the physical examination, blood tests are conducted to identify any forms of inflammation and  autoantibodies that may indicate Rheumatoid Arthritis. The blood tests may include,

In combination with blood tests, imaging tests reveal the diagnosis and progression of the disease such that the doctor can monitor and provide treatment accordingly. The imaging tests recommended include,

These tests can show if the ends of the bones are slowly eroding over time due to inflammation. Imaging tests are also used between treatments to check the progress and results of medications and treatment.

How is Rheumatoid Arthritis treated?

There is no specific cure for the disease, but early investigations, diagnosis and medications can help keep symptoms under control. The inflammation can be reduced or stopped, and doctors can prescribe medications to relieve symptoms’ remission. Treatment in Rheumatoid Arthritis usually involves medication such as disease-modifying anti-rheumatic drugs.

The doctor may refer you to a physical or occupational therapist to engage in exercises that can help keep the joint flexible. These modifications are also suggested to one’s daily activities to make them more manageable. For instance, helpful equipment and assistive devices can help you get dressed, get a better grip on holding objects, and so on.

Surgery is often the last resort for rheumatoid arthritis when the medications fail to prevent or slow joint damage. The types of surgery that can reduce pain and improve function include,

Discussing the pros and cons of surgery before undertaking the procedure is crucial. Ensure that you are informed of all procedures before and after surgery.

Other forms of self-care to manage Rheumatoid Arthritis

While medications and treatment are essential, you can also contribute to your recovery by managing diet and lifestyle choices to control rheumatoid arthritis. Eating healthier, being involved in daily movement such as light walking, proper rest, and using heat treatments to relieve joint pain can help. A diet with Rheumatoid Arthritis may include supplements such as omega-3 fish oil and eliminating habits such as smoking, intake of junk food, and so on.

Such habits can contribute to preventing and reversing the effects of rheumatoid arthritis in the long run. Consulting the doctor and therapists on recovery methods and cultivating a positive support system and environment are complementary in the recovery process from Rheumatoid arthritis. How To Stay Safe From The Norovirus This Winter 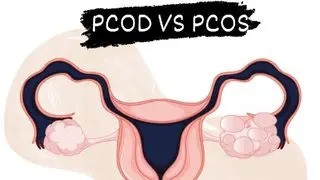 Pcos Vs Pcod: What's The Difference?